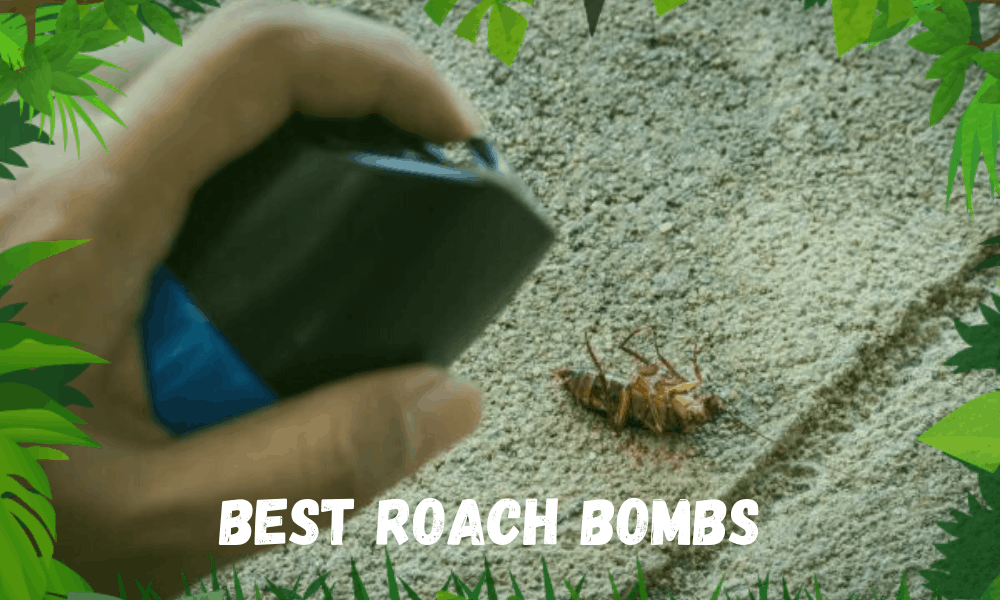 Cockroaches are among the most hated household pests. Aside from their creepy looks and their impulse to jump right at you when you are about to hit them, they carry bacteria and viruses too.

They are known in the insect kingdom to be long-withstanding. There are rumors that cockroaches can survive nuclear explosions. Even Discovery and MythBusters find this plausible after a study on these creatures.

Could there really a surefire solution to control and eliminate cockroaches at home? We have narrowed down a list of the top roach bombs in the market for our readers to choose from:

Hot Shot’s No Mess! Fogger with an odor neutralizer is an amazing insect killer. This product has a deep-reaching dry fog formula that effectively kills any flying and crawling bugs your home may have.

It creates a fine, penetrating mist that reaches even the deepest cracks and crevices, flushing out bugs that hide under furniture and appliances. Unlike other insect killers, you will not need to turn off the pilot lights when you use it.

The formula is safe to use indoors as it is non-staining, it does not have an oily residue, and it does not leave any lingering odor behind.

The Fogger kills bugs on contact. No need to trouble yourself with searching for bugs in every nook and cranny of your home, just spray and let this bug killer do its work.

What’s great is that it keeps on eliminating insects for up to six weeks. You can use this in enclosed spaces such as apartments, attics, basements, cabins, storage areas, barns, and trailers.

The versatility of this bug killer takes its formulation to a whole new level. Worry no more and say goodbye to the pesky insects with the help of the Hot Shot No-Mess! Fogger with Odor Neutralizer.

Although there might be some user claims that it does not cover all the areas and the formulation falls short from its six-week lasting claim, it cannot be denied that the majority of the units of the Hot Shot No Mess! Fogger is effective in keeping the bugs away from your home. Indeed, it lives up to its name as this product kill bugs, and does not create any mess when it is used. 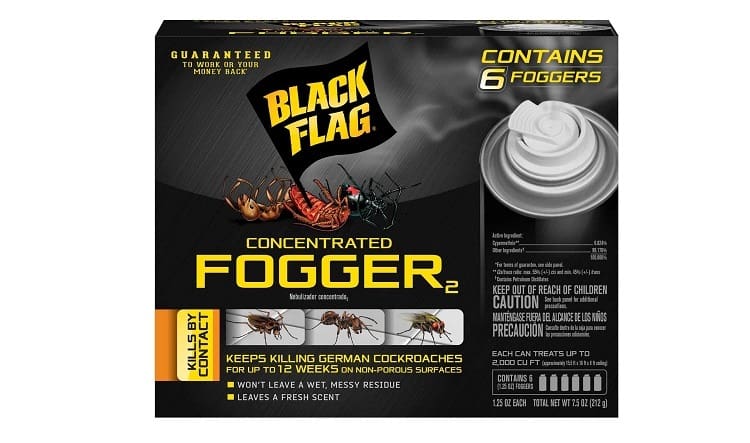 The Black Flag Concentrated Fogger kills instantly on contact. It is proven to be effective to kill spiders, ants, roaches, fleas, mosquitoes, and any pests that might be sharing your home with you. This is effective in killing German cockroaches for up to 12 weeks on a non-porous surface.

The product guarantees to work against almost all household bugs and will not leave any wet and messy residue which basically means you can safely use it indoors. Using this product at home will keep your home bug free and it will leave nothing but a fresh scent.

If you are looking for a roach bomb that kills not only cockroaches but other household pests, then the Black Flag Concentrated Fogger is the right choice for you. Although it has some downsides like some users felt that more than one can is needed to kill pests effectively, this is still one of the best roach bombs you can find in the market when used based on its specifications.

The active ingredient in this insect fogger is Cypermethrin which effectively works as a fast-acting neurotoxin for insects. A 2-ounce fogger can treat an area of 2000 cubic feet. Since the product comes in 3 2-ounce foggers, you can effectively cover a total of 6,000 cubic feet. This product from ZERP Enforcer can kill insect up to 12 weeks and will not leave any staining residue.

You no longer have to worry about the bugs and cockroaches invading in your home! The Enforcer Bug Max Indoor Insect Fogger’s fast-acting formula will take care of these roaches and pests and will last for up to 12 weeks! All the insect-killing action you need is packed in three 2-ounce foggers. 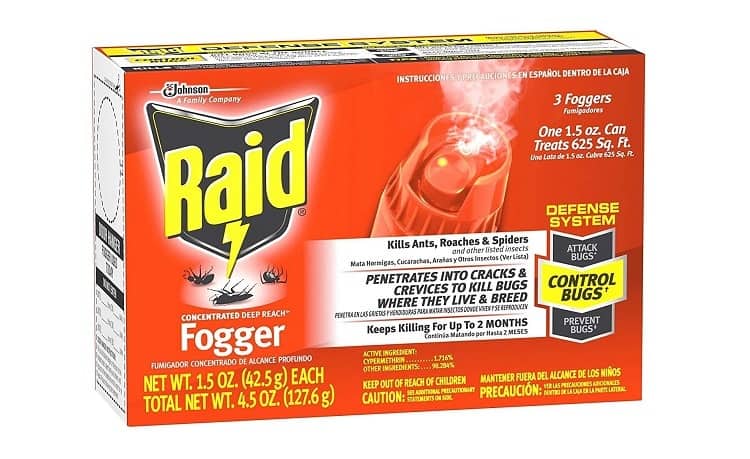 The Raid Concentrated Deep Reach Fogger has everything on its name. Its concentrated formula works best against pests that might be lurking in your home. It is formulated to kill ants, cockroaches, and spiders. Using the deep-reach fogger’s bug-killing fog can penetrate difficult to reach areas of your home, every crack and crevice.

Spray the whole canister once, and it can keep killing your bugs and cockroaches for up to two months. Now you do not have to worry about the fogger leaving stains in your home because it guarantees to not leave any marks on the surface- no wet and messy residue.

The Raid Concentrated Deep Reach Fogger works instantly in eliminating any of your bug problems! With this product, you do not have to worry about cleaning up the stains left behind by liquid foggers.

You’re not only getting a pest-free home but also a clean one with the Raid Deep Reach Fogger. Although it may not work for several users, you do have to keep in mind that you should install the product properly and strategically in places that have the most presence of roaches for you to see significant changes.

Spectracide’s Indoor Fogger contains six packs of foggers that are proven to be effective against cockroaches and other household pests present in your home. Its for-and-return mechanism works in just under two hours which ensures that there will be no pests all day and all night long in your home. It does not leave any foul odor or stain which would be hard to get rid of. It instantly kills on contact and does not leave any messy residue behind.

The Spectracide Insect Fogger contains six packs of foggers which you can use anytime. There may be some issues about it not covering enough ground, but with the proper application, this product will work just fine. One thing to note though, the product’s instruction manual particularly states that it doesn’t kill any German spiders. This would explain why it will not kill all the spiders that may be present in your home.